Ignacio Guzmán, CEO of GEM, in an interview about the possible new Constitution in Chile 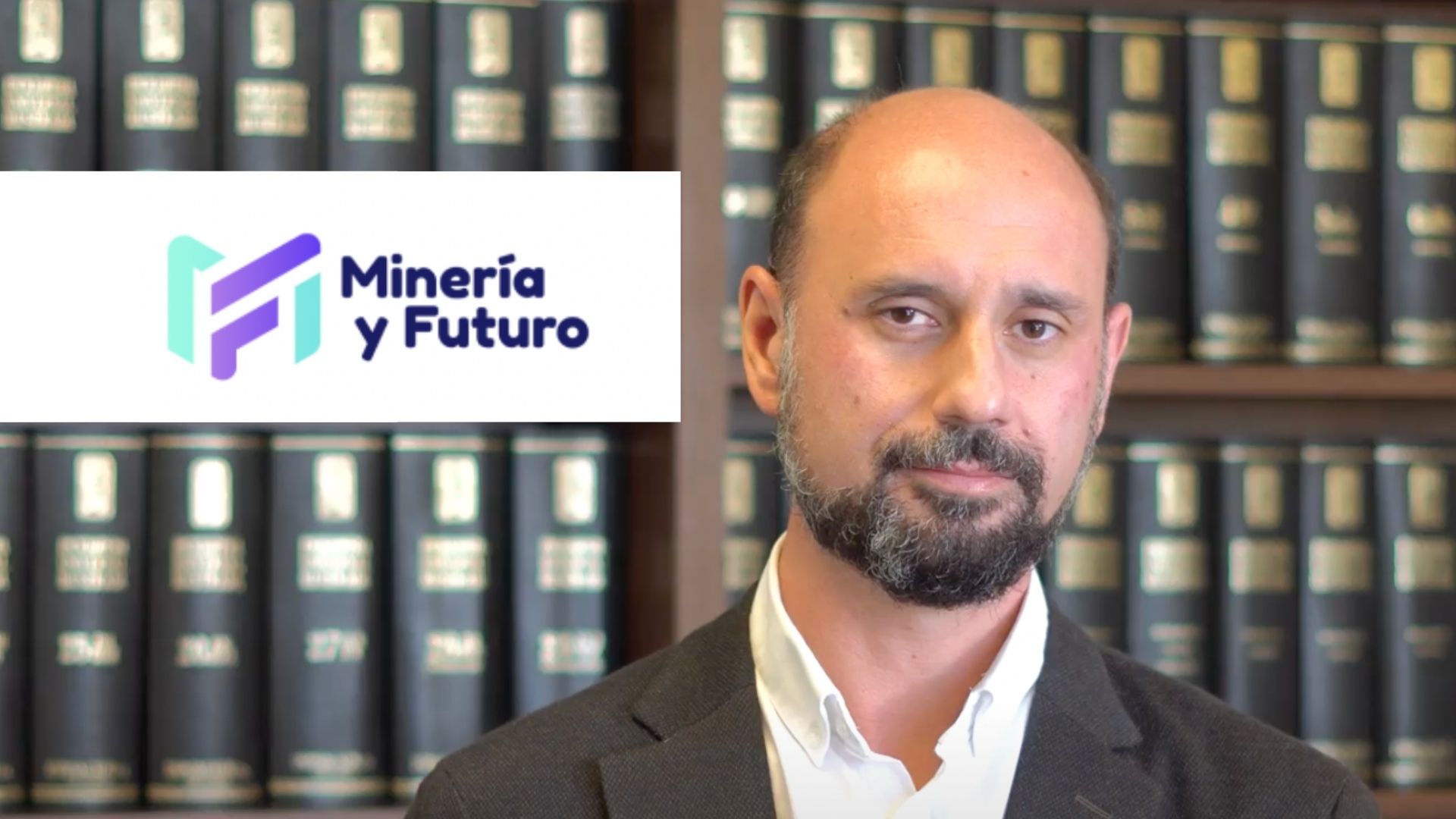 “I believe that this Constitution is not being what it really has to be: a guarantor of rights and obligations. The norms expressed (in the work of the Environment Commission) generate uncertainty”, affirms the academic and consultant in mining, Juan Ignacio Guzmán, before the proposal of the Mining Statute that must be voted by the plenary session of the constituents, as part of the process to draft a new Constitution.

And even more, he maintains that the articles that came out of the Environment commission: “It does not aim to have only public mining, but to eliminate private and state mining activity.”

Juan Ignacio Guzmán is a mining engineer and CEO of GEM, a consulting firm specializing in this sector. He is also a professor at the Department of Mining Engineering at the Universidad Católica de Chile,  and at the Mining MBA at the Universidad de Chile.

– What is your opinion of the articles on mining that were voted on in the Environment commission?

Broadly speaking, the debate that is taking place in the commission aspires rather to a utopian scenario, of wishful thinking (illusions), which has no way of being implemented in reality.

Particularly in the mining activity, the proposals as they are, make the exploitation of mining unfeasible, both for private and public agents.

– Is that the signal it transmits to investors?

The real signal is that no more mining is wanted. It does not aim to have only public mining, but to eliminate private and state activity. In such a country, of course, they are driven to divest, fix what has to be done by law and go to other more attractive places.

– So, it does not reflect a technical perspective and knowledge of the mining business, but rather ideological or biased positions?

Absolutely the second, they are ideological positions; and I emphasize again, utopian. It is not a Constitution to be applied in real life; There is no country of reference that has these types of regulations, so ambiguous and open to interpretation.

I believe that this Constitution is not being what it really has to be: a guarantor of rights and obligations. The norms expressed (in the work of the commission) generate uncertainty, and their implementation will have to depend on an external legislative body.

– Does the approved text take care of the consequences that could be generated, especially in mining regions?

No. Basically they eliminate the fact that mining can subsist in a favorable way with the communities and ecosystems.

There are no incentives for mining development with these new proposals; Therefore, the most affected will be the mining regions, reducing work, the economy and quality of life.

– From what you say, does it not reconcile the mining activity with the protection of the environment and the remediation of liabilities?

Today the commission definitely privileges the care and preservation of the environment, over industrial activities. If these regulations are maintained in their current state -which eliminates the incentives for private mining-, the State will have to take charge of remediating all the liabilities that may exist today in mining. And this does not have the management capacity or resources to effectively generate the closure of mining operations.

– You mentioned that there is not in other countries a mining article like the one that is going to be presented to the plenary session. Is there one that is similar?

I think that if we take all the rules, applied simultaneously, to none. Regarding the relationship between indigenous peoples and mining, it would be South Africa. But, it is important to consider that this is an example of a developing country, which got ‘trapped’ in issues of growth and indigenous communities; so it is far from being an example to imitate. In real life, it is a trade off. Today mining cannot do what it wants, there are regulations, environmental impact studies and it must be enforced.

The mining industry can contribute to a clean environment, at the same time as the development of a country.

– What message would you send to the conventional?

That they can still amend the course, and propose a Constitution that is adequate to the needs and challenges that we have as a country, without the need to give up on dreams.

I would really like a better Constitution to be drafted than the current one, which will boost Chile and make us a better country.

By Miguel Toledo, Mining and the Future. 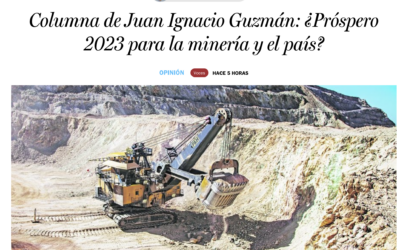 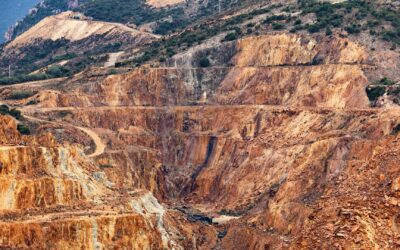 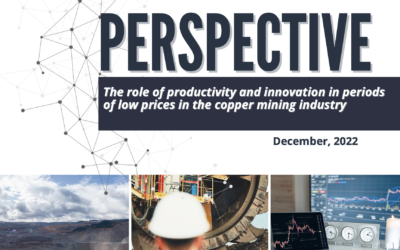 New Perspective report: The role of productivity and innovation in periods of low prices in the copper mining industry

The fall in copper prices poses a series of challenges for the mining industry.   In order to reduce the impact...